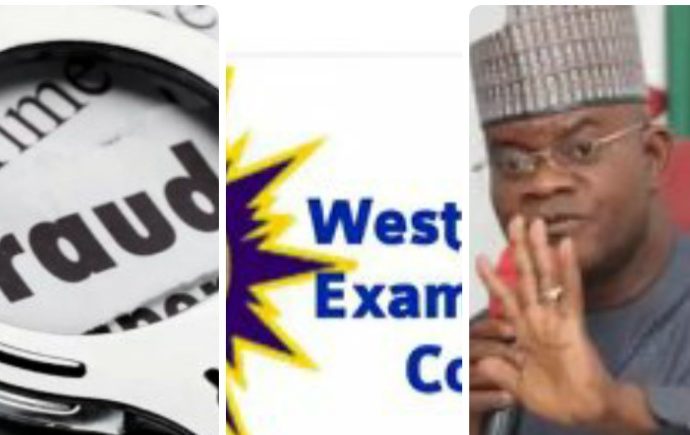 All seem not to be well with the Education Sector in Kogi State over alleged racketeering that has tainted enrolment for students sitting for 2022/2023 West African Examination Council, WAEC Certificate Examinations in the State. As a result, parents of students are facing excruciating pains, amid rising social vices in a Country contending with an high number of unemployment.

The unpleasant development has generated a lot of outburst from parents, stakeholders and students whose fates are on a cliff hanger. Majority of the patents have failed to pay up the WAEC fees due to obnoxious levies imposed on them  by officials of Ministry of Education and Principals of various Secondary schools in the State.

Investment by the TheNewspad revealed that the original fee as released by the WAEC Board was N18,000.00, but most Principals of Secondary schools in the State decided to add additional money in the way of handling charges which had made it a far reach to the parents .

Some schools in Lokoja are charging N34,000.00, while some charges as much as N45 000.00 instead of the amount approved and announced by the WAEC board.

When our Correspondent visited a school in Kabba town in Kabba/ Bunu Local Government Area of the State, demanding to know how much is the WAEC fee, the school Bursar said he can not categorically disclose the amount except what comes of the Examinations Officer .

Pressing further, the Bursar who begged for anonymity, said the WEAC fee in the school is N45, 000. 00 in his bid to redirect the course of action.

He gave the break down that the sum of N18, 000.00 is the statutory fee from the WAEC Board, while the remaining N27, 000.00 is meant for handling charges, which include feeding expenses for external supervisor, the internal vigilators and the mandatory token for officials of Ministry of Education.

The Newspad inquiry further showed that some schools did not accept the WAEC fee without the student paying the three terms fee for the Senior Secondary School, SS3 Classes, thereby shredding the academic Calendar of the affected students.

Officials of Ministry of Education who were supposed to monitor the naferous activities of Principals of schools are now alleged to be the brain behind the unfortunate situation in education sector of the State.

At Ofukolo in Idah Local government Area of the State, 46-year-old single mother was seen crying in protest out of the premises of a commercial College situated there because her daughter was  allegedly denied WAEC registration over the inability of the breadwinner to afford the amount charged by the school.

The lady who gave her name as Ajanigo said she is not the only victim of the unfortunate situation as many parents had withdrew their Children from school due to high charges in WAEC fees .

She alleged that the Principals are acting with impunity because they have secured the protection and backing of some senior officers of the ministry of education and the State teaching service Commission.

When our Correspondent visited the Ministry of Education to speak with the Public Relations officer, PRO, Dupe Adegboro, was said to be away.

Effort was also  made to reach out to the Commissioned for Education, Mr. Wemi Jones. But his personal assistant claimed his boss was busy and can not attend to any matter outside his present schedule