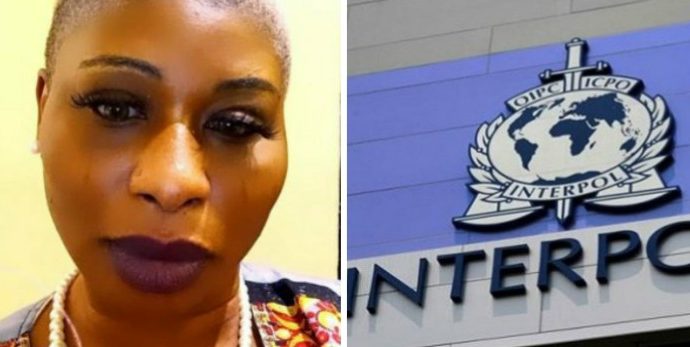 The international Police (INTERPOL) in Alagbon, Lagos State has
commenced internal and external investigations into a case of cyber bullying, internet stalking, defamation of character and alleged threat to life lodged against a Canada-based Nigerian, Rachael Eboni Osazee Iyonmana.

Cyber stalking is a crime in which someone uses the internet or other electronic means to stalk or harass an individual, group or organization.

Several persons have been convicted for cyber stalking, which is an international crime. Accordingly, the content directed at the target, is often inappropriate and sometimes even disturbing which can leave the person feeling fearful , distressed, anxious and worried .

Agbonlahor law firm in Benin City, Edo State, lodged the case with INTERPOL on behalf of Becky Igiebor who reported persistent cyber stalking to the law firm by Eboni.

As at press time, the officials of the INTERPOL in Alagbon, Lagos, Nigeria has stepped up investigation into the incident with a view to unearth the criminal complains against Eboni.

Statements and other necessary information have been collected by the Interpol for further investigation.

Report says the interpol in Ottawa , Canada will be contacted immediately as part of the investigation as Canada is one of the signatories in the INTERPOL formation worldwide.

The INTERPOL is expected to observe other legal proceedings in Nigeria and Canada to ensure that the Said Rachael Eboni Osazee lyonmana is arrested, investigated and prosecuted in either of the two Countries for the alleged international offence.

In the light of the above, the petition from the Agbonlahor Law firm in Benin City, Edo State Nigeria which was sent to the Assistant Inspector-General of Police, Nigeria Police Force, Force Criminal investigation Department, FCID, Alagbon Close, lkoyi, Lagos, State, had been approved and sent to the INTERPOL for discrete investigation.

However, it was revealed that Rachael Eboni Osazee Iyonmana is notorious with bullying people on the internet, according to dependable sources.

The sources said a certain man, Pastor Moses was recently severely bullied with his pictures displayed all over the internet by the said Eboni.