Residents announce Oba of Benin arrival from Abuja, amid jubilation 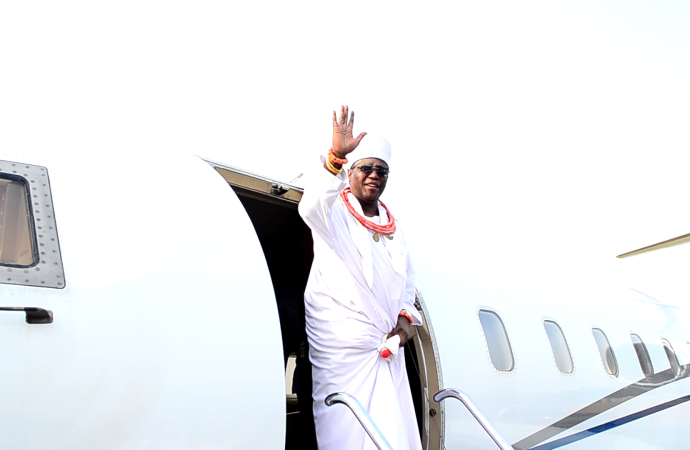 The Benin monarch, His Royal Majesty, Oba Ewuare II has returned to Benin City after a trip to Abuja, Nigeria’s Capital, recreating another moment of surprise for well-wishers.

Dressed in his traditional robe, with a sense of fulfilment, Oba Ewuare, was received by palace functionaries including Dukes (Enigie), Chiefs, youths and dancers who paid tributes to the Benin throne at the Benin airport.

The flight that conveyed the traditional ruler, marked, 5N-BYN, touched the tarmac at 4:41p.m., with a resounding jubilation and oration onto the great Benin throne by spectators.

Royal drum beats by youths from Ogbe quarters in Benin City and cultural troupe, inspired residents of airport road in Benin City, and environs, paid respect to the revered Oba.