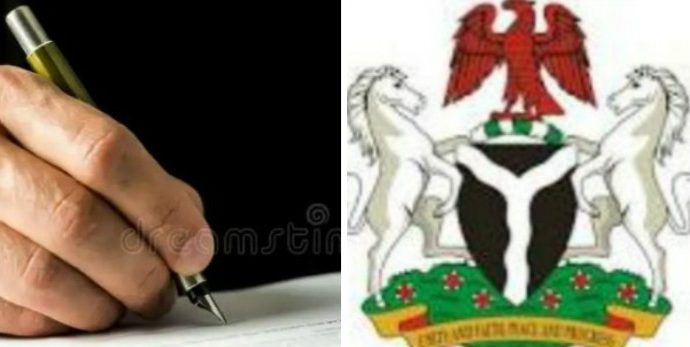 President Muhammadu Buhari has approved the appointment of Engr. Obadiah Simon Nkom as Director General of the Nigeria Mining Cadastre Office for a second and final term of four (4) years.

Presidential spokesman, Femi Adesina in a statement on Tuesday, said his appointment takes effect from 12th January, 2023. He was first appointed on 12th January, 2019 for an initial period of four (4) years.

The statement partly read, “Under the leadership of Engr. Nkom in the past four years, the Nigeria Mining Cadastre Office recorded 86% increase in revenue generation, raking in over N8.9 billion between 2019 and 2021 compared to N4.8 billion generated in the corresponding period of 2016 – 2018.

“This also accounts for about 50% of the contribution of the Ministry of Mines and Steel Development to the economy.

“His recently-unveiled reforms in the automation of the Mining Cadastre system have revolutionalised online and real time mineral title administration and management”, according to the statement.

Adesina also said the office also to the credit of Engr Akpom during his first term that the Nigeria Mining Cadastre Office was named the best Agency of the Federal Government in the category of Digital Innovation Awards for the year 2022 under the supervision of the Nigeria Internet Registration Association (NIRA), for adding value to the activities of the Cadastre Office.