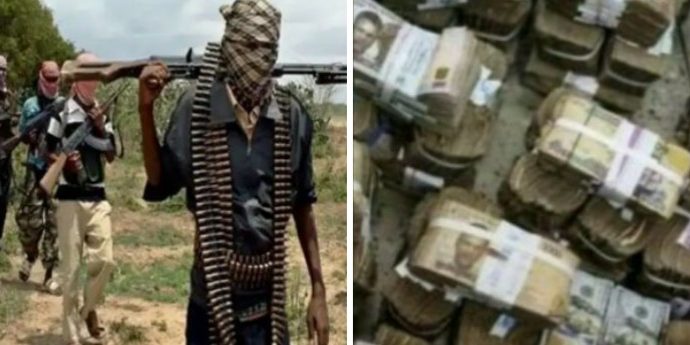 The Police Command in Benue State have arrested 13 suspected kidnappers in connection with the abduction of the State Commissioner for Housing/ Urban Development, Mr Anthony Ogbu.

Mr Ogbu, was abducted along with his aide and driver, on his way from Utonkon on Ado-Otukpo road last December. He regained freedom from captivity days later after payment of ransom, according to reports.

The Command’s spokesperson, SP. Anene Catherine said on Monday in a statement that a herbalist, Mohammed Usman Omachoko specializes in preparing protection charms for kidnappers, is among the suspects.

The statement revealed that one of suspects, Teryima Peter was arrested while they were on their way to purchase guns for the armed gang that had also been involved in other kidnap incidents in the State.

SP. Anene explained that further investigation led to the arrest of nine other gang members, while two locally made Baretta pistol loaded with 10 rounds of 9mm ammunition were recovered from them.

The statement which said the suspects had confessed to the crime, said the State Commissioner of Police, CP Wale Abass, urged residents of Benue State to provide useful information to the police to enable them fish out hoodlums within their Communities.

The statement which reiterated that these operations will also make room for hitch free 2023 general elections, recalled that “the Commissioner of Police, Benue State Command, CP Wale Abass ordered the deployment of tactical teams to southern part of the state to address kidnap syndicates grouping in the area.

Part of the statement read, “As a result of this deployment men of Operation Zenda JTF trailed and arrested the following persons in connection with the case of Kidnap that happened on 4/12/2022 involving the Commissioner for Housing/ Urban Development, Hon. Anthony Ogbu and other kidnap incidents reported in the area.

“One Mohammed Usman Omachoko, who specialize in preparing protection charms for kidnappers, David Ejembi, Aondongu Akighir also known as “Too Proud” and Teryima Peter were also arrested while they were on their way to purchase guns for the group”, SP Anene said.