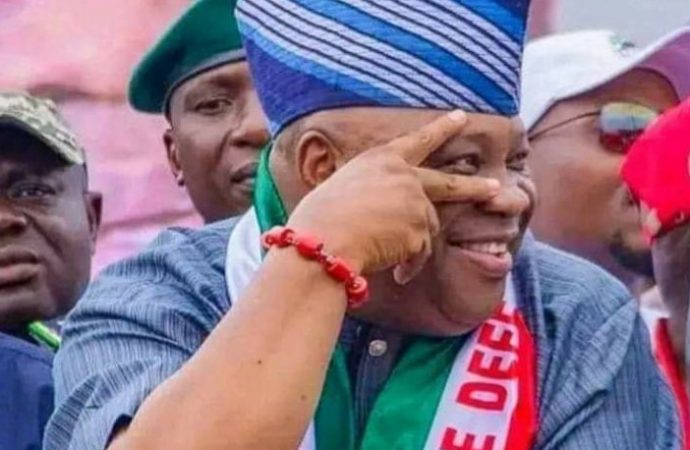 Police have warned miscreants against disrupting the inauguration of the Governor-elect, Senator Ademola Adeleke this Saturday in the State.

Olaleye Faleye, the Commissioner of police issued the stern warning on Tuesday in Osogbo.

The Commissioner disclosed this after a Joint Security Council meeting held at the stadium in the State Capital.

He warned miscreants to stay off the venue of the swearing-in Ceremony scheduled for Osogbo township stadium.

Faleye threatened that anyone with the intention of fomenting trouble during the programme, will have himself to blame.

“”Thugs are coming in to take the park by force, burn party offices, tear posters. We just want to warn them, they should not dare us, and anyone who wants to foment trouble will have themselves to blame.

“We are aware that there are thugs and we’ve met with the two parties and they’ve assured us that nothing will distort Sunday’s programme.

“But the third party is spreading misinformation. We are equal to that task, as we have discussed in the meeting.

“We have mapped out our plans. We just want to sound a note of warning, nobody should dare us”, according to CP Faleye.

He also advised parents and guardians to put their children on check; Just as he called for useful information that could assist security agencies to fight and prevent crimes across the State.

Recall that the incumbent Governor of the State, Adegboyega Oyetola, Candidate of the All Progressives Congress (APC) had dragged Senator Adeleke, Peoples Democratic Party (PDP) Candidate in Osun State governorship election before the State Election Petition Tribunal in the State, praying the court among other things to disqualify Adeleke over alleged discrepancies his academic credentials that he submitted to the Independent National Electoral Commission (INEC) and declare him winner of the election.