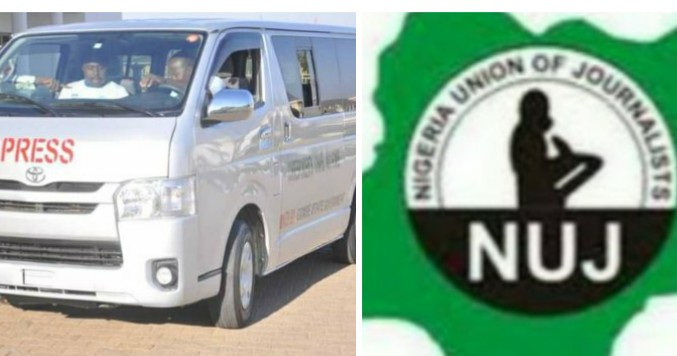 Mr Ismaila Uba Misilli, Director-General of Press Affairs, Government House in the State disclosed this in a statement on Friday.

Presenting the keys of the bus to the leadership of the Union, the Governor, was represented by the Secretary to the State Government, Professor Ibrahim Abubakar Njodi.

The Governor said, the handing over of the much awaited operational marked yet another fulfilment of a pledge governor Inuwa made to the journalists in Gombe State.

He said his administration holds Journalists in high esteem, and will continue to work towards providing an enabling environment for them to practicice their profession effectively and in dignity.

He described journalists as partners in progress, considering the role they play in creating awareness to members of the public on government’s policies and programmes.

“The remarkable achievements recorded by this administration in all nooks and crannies of the state were brought to limelight by journalists.

“This administration will continue to work with you towards promoting peace and development in Gombe State to which our administration is dedicated”, he added.

He called on all journalists in the State to reciprocate such a gesture by redoubling efforts in exploring more projects executed by this administration and enlightening the citizens on good policies and programmes of the Government.

In his response, the Chairman, Nigerian Union of Journalists, Gombe State Council, Sa’idu Bappah Malala, thanked the Governor for his concern and support to the media practitioners in the state, assuring him that the vehicle will be used judiciously for the purpose it was meant for.

Also Speaking, the Chairperson of the Correspondents’ Chapel, Hajara Leman, who was represented by the Chapel’s Secretary, Peter Osagie Uwumarogie, appreciated the governor for the gesture and for the cordial working relations between his government and journalists operating in the State.

He said the provision of the vehicle will spur the media personnel to move round the nooks and crannies of the state to report the laudable projects of the Governor without difficulties.