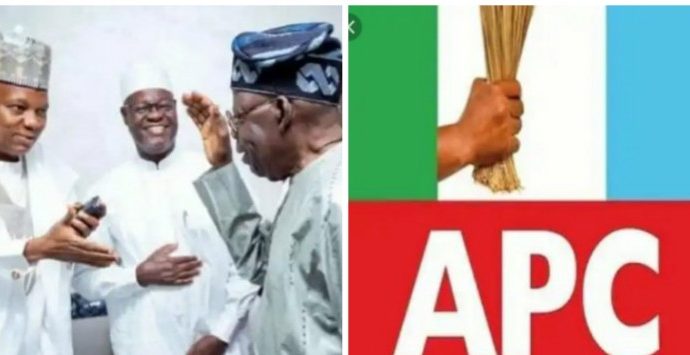 The Christian Association of Nigeria (CAN), has presented 11-point demand to Asiwaju Bola Tinubu, presidential Candidate of the All Progressives Congress (APC).

This formed the basis of agitation when CAN leadership met with Tinubu on Wednesday, ahead of the 2023 general elections.

Creation of state police and rejection of the rural grazing area (RUGA) initiative, by the Christian body, top the bill 11 points demands, CAN reeled out to Tinubu.

At an interaction session with the group, Tinubu allayed fears of the Christian faithful, adding that he has plan to run a government on religion bias.

The two-term Lagos State former governor said: “The rumour that this is a plot to suppress the Christian community is untrue and is unfortunate. I don’t have that agenda.

“Sitting next to me is my wife, an assistant pastor… I cannot dare contest this presidency against her in my house because I will lose. They all go to church on Sundays and leave me alone,” Tinubu said.

Recall that CAN, launched campaign against same faith ticket after Tinubu unveiled Kashim Shettima, former governor of Borno State as his running mate shortly after the primaries months ago.

ALSO READ:  CAN reacts to rape accusation against pastor Fatoyinbo