‘Can you withstand temptations in presidency’, Oba of Benin ask Obi 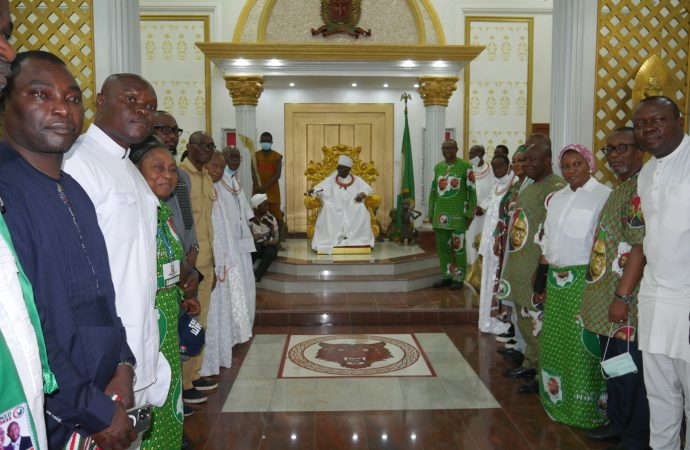 He asked him if he will be able to resist the temptations in presidency and win the war against corruption as well as perform other responsibility attached to the office, if given the mandate.

Oba Ewuare II gave the advice when Obi, led members of his campaign team paid a courtesy visit to his palace in Benin City, Edo State where he revealed that he has heard much about the Labour Party Candidate.

The monarch while interrogating Obi and his running mate, Yusuf Datti Ahmed out of curiosity about them, maintained that the Benin will remain neutral and be a father to all the aspirants.

“I do not want to say much. Your reputation precedes you. I have heard so much about you…

“Your Excellency, there is a whole lot of temptations and powers in the office of the President of any Country; There is a lot of powers. Are you saying to everybody here that you will do your best to resist the temptations?”, Oba Ewuare II asked.

Oba Ewuare who said Obi’s reputation precedes him, however assured Obi and members of his team that the Benin throne will maintain neutrality, as he follows his campaign closely and thereafter prayed for him and wish him well.

Addressing the Benin throne earlier, the LP Presidential Candidate, Mr. Peter, vowed to “fight corruption, which he claims kills a Country and entrepreneurship in a Country”.

He lamented the nation’s socio-economic problems and promised to proffer sustainable solutions to them if he is elected President in 2023 general election.

Obi promised to meet with traditional rulers in Nigeria regularly on issues of governance and accord them appropriate honour and privileges that are due to them if given the mandate govern Nigeria in need of rescue.

He also told to the traditional ruler that the forthcoming election should not be based on religion or ethnicity by maverick politicians.

“It is not my turn, but the turn of Nigerians to take back the Country. I want anybody who is contesting the election to come and tell us that he is coming to do.

“Politics is not a job. It is a vocation. That is what I have being doing.

“We will make sure that respected traditional rulers like you are placed in positions where they should be and be part of what we are doing”, he said.