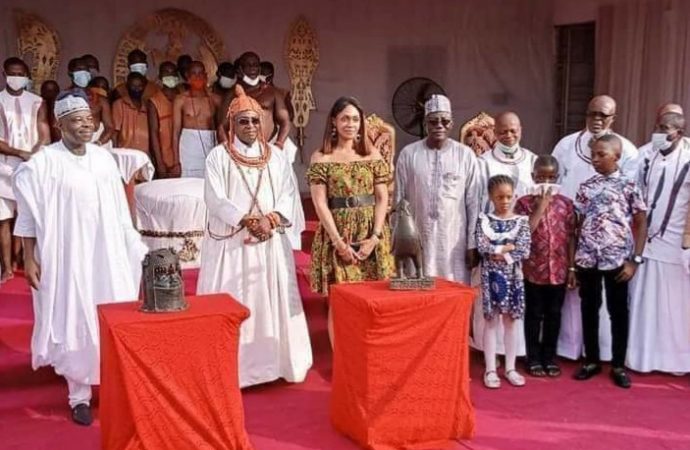 First Class Benin Chiefs and Dukes have reminded the governor of Edo State, Mr Godwin Obaseki to release the N500 million allocation for the construction of Benin Royal museum in 2019 appropriation law.

Chief Igbe who spoke on behalf of the Benin throne, appealed to the State “Governor to live up to his promise by supporting the construction of Benin Royal Museum instead of building another for which a part of the Benin Specialist Hospital had been demolished”.

Part of the statement read, “We equally wish to remind Edo State Government of its pledge to support the Benin Royal Museum in the Governor’s 2019 Budget to the State House of Assembly in November 2018 to fulfill our commitment towards making Edo Capital culture of West Africa, we have earmarked Five Hundred Millions Naira in the 2019 Budget to commence the development and construction of the Benin Royal Museum. This would be done in collaboration with the palace of His Royal Majesty, Omo N’ Oba N’ Edo Uku Akpolokpolo, Ogidigan, Ewuare II, Oba of Benin”.

The high ranking Chief also paid tribute to President Muhammadu Buhari for his royal towards the repatriation of some stolen Benin artefacts that were looted from Oba of Benin palace during British expedition of 1897 to their original abode.

Recall that the State Governor had pledged his support for the construction of Edo museum for West African Arts (EMOWAA) in collaboration with Legacy Restoration Trust Fund and National Commission for Museum and Monuments (NCMM) to house the repatriated Benin artefacts.

But the Benin monarch, His Royal Majesty, Oba Ewuare II, rejected by the move to construct EMOWAA by the Governor who promised to engage him to secure the final release of the artefacts.

Obaseki also barred his personal aides and other government officials from engaging in disrespectful exchanges and/or altercation with the paramount traditional ruler in the State in connection with the contentious issue of who takes possession of the artworks.