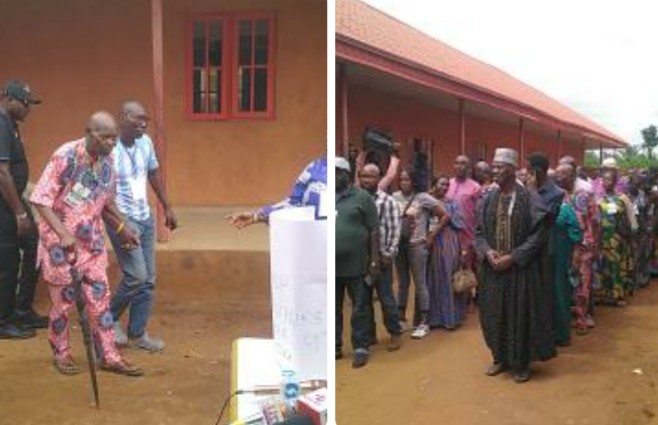 The Peoples Democratic party (PDP) on Sunday held its primary election into House of Assembly and House of Representatives seats across Edo State, ahead of the 2023 general elections.

The largely peaceful exercise, was conducted under tight security, with high turnout of delegates to the election.

The exercise was supervised by a 5-man Committee of PDP.

A two term member of Edo State house of Assembly, Mr. Henry Okhuarobo polled 31 votes ahead of other contestants including Amenze Omoregie, Charley Egharevba and Eseosa Ogbeifun who could not secure any vote cast at the poll.

The Speaker of the State house of Assembly, Marcus Onobun was elected as the Candidate for Esan Central/Igueben Federal Constituency.

Similarly, a former member of National Assembly, Lady Omosede Igbinedion was elected as the Candidate for Ovia Federal Constituency.

Responding, Mr. Henry Okhuarobo the PDP Candidate representing Ikpoba-Okha Constituency in Edo State house of Assembly and the Candidate of the party in Egor/Ikpoba Okha Federal Constituency, Hon. Jude Ise-Idehen, described the exercise and peaceful and commended the delegates to the primary election for electing them.