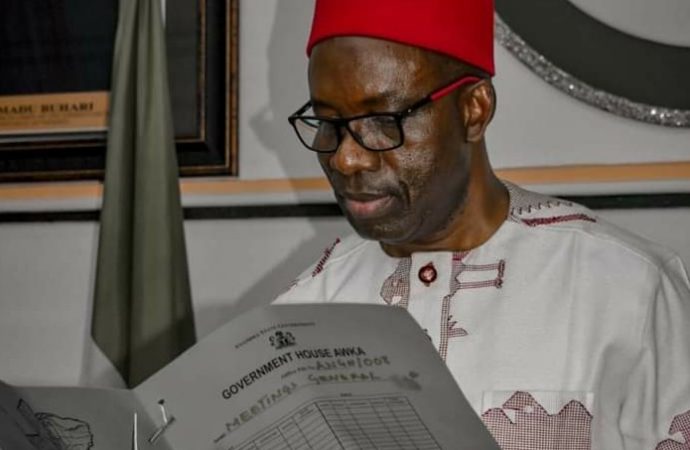 The debt profile of Anambra State has risen to N120 billion including contractors debt and pension liabilities owed by past administrations in the State constitute the bulk of the money.

The Governor of the State, Charles Soludo who succeeded Willie Obiano on 17th March 2022, said, Local Government gratuity liabilities to pensioners account for over N20 billion.

He disclosed this during the presentation of the 2022 revised budget to the State House of Assembly on Thursday in Awka where he admitted that the shortfall in revenue allocation from the Federation to the State remains a huge challenge.

According to him, “Managing our over N120 billion debt, especially the contractor debt and pension liabilities in the context of the paltry Federation Account receipts and burgeoning needs of our people will task our dexterity and demand hard choices and sacrifice.

‘We just received the preliminary report of the external consultants’ review of our Local Government finances which confirm that the combined State and Local Government gratuity liabilities to pensioners over N20 billion.

“We are determined to clean the books over time and align Anambra’s pension administration with the Pension Act and let our pensioners smile.

“In the meantime, our administration has signaled a new dawn by insisting that we won’t owe new retirees under my watch, while we have also started (albeit gradually) paying down the backlog.

“We are reforming our processes and ramping up our active engagements to maximize the benefits of such partnerships. For example, we have budgeted to meet our counterpart funding requirements to access federal and development partner funds.

“We are also working hard to restructure and reform our local government administration in conformity with the relevant laws. We will actively collaborate with the Local Governments in the areas of Waste Nanagement; cleaner, greener and more environmentally sustainable Communities”, the Governor said.

Other areas of intervention by the Government include street lighting; Fire Service; qualitative Primary school Education; as well as planned modern markets, and security.

Soludo stressed that Community government would be strengthened and mainstreamed towards forging new (sustainable) economic partnership with Communities on including a jointly owned Oil Palm and Coconut plantations that will soon adorn the State.