Heartbreak for students as ASUU extends strike by 12 weeks 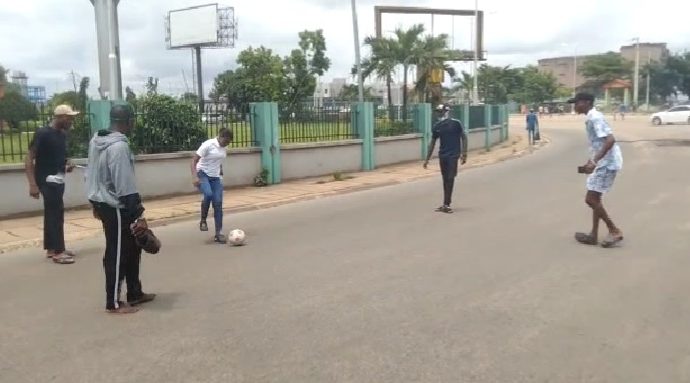 It was a heartbreak for Nigerian students, following the extension of ongoing strike declared by public Universities lecturers by another 12 weeks, beginning from Monday May 9, 2022.

Protesting Nigerian students have warned that failure by the federal government to address the demands raised by ASUU will trigger a mass protest and make things worse.

Prof. Emmanuel Osodeke, the President of the Academic Staff Union of Universities (ASUU), said ASUU took the decision after its National Executive Council meeting began on Sunday night in Abuja where the lecturers reviewed the warning strike that began in February 14, 2022.

He revealed that the extension is to enable the Nigerian government time to satisfactorily resolve all the outstanding issues.

The roll-over strike was effective from 12.01 am, May 8, 2021 , followed its earlier warning strike over the failure by the government to implement the 2009 agreement it entered with ASUU.

In addition, the lecturers have also called for the deployment of University Transparency and Accountability Solution (UTAS) in replacement for the Integrated Payroll and Personnel Information System (IPPIS), which is the current salary payment platform.

But the federal government threatened invoke ‘no work, no pay order’ in response to the handline posture of the lecturers.

Three weeks ago, President Muhammadu Buhari set up a three-man Committee to intervene and find amicable solution to the federal government and ASUU unpasse.

But the Committee is yet to reach out to the aggrieved lecturers, according to Dr. Dele Ashiru, the Chairman of ASUU, University of Lagos (UNILAG).

He berated the government for attempting to play the ostrich in handling their issues.

According to him, “when their demands are meant, the lecturers will return to classroom”.

“The Country is in dare straight with this kind of people in power.”, he said.

File:Featured photograph of some University students playing football at the King square during a peacefully protest in Benin City over ASUU warning strike.