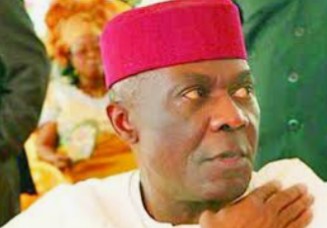 Senator Francis Arthur Nzeribe has passed after a brief illness at a foreign hospital.

The second Republic politician who hails from Oguta in Imo State, died at 83.

Nzeribe attempted to stop the annulment of June 12, 1993 Nigerian election which was annulled by General Ibrahim Babangida (Rted).

Nzeribe represented Orlu Senatorial district at the Senate between 199-2007.

He was suspended Nzeribe indefinitely a former Senate President, Anyim Pius Anyim over an allegation of N22 million fraud in November 2002.

A statement from the late Octogenarian family is being awaited.