Will ‘rejection of traditional blessings’ affect the chances of Osinbajo? 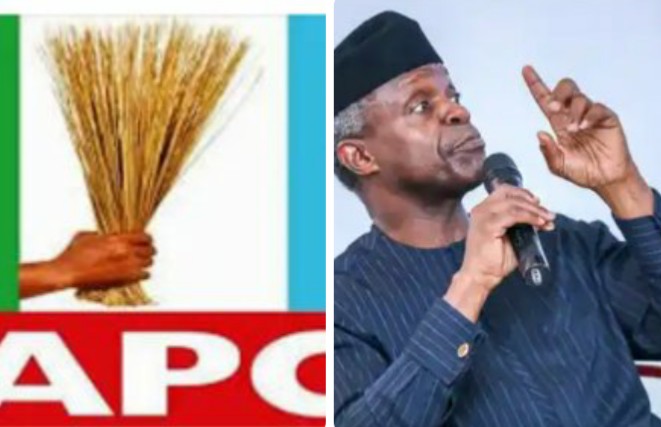 Politicians in Nigeria tend to seek for royal blessings wherever they go at campaign times which are of great significant.

In continuation of his consultations tour across Nigeria and visit to some traditional rulers, Vice President Yemi Osinbajo, visited to the palace of the Oba of Benin in Benin City, Edo State Capital. By normal exercise, the Oba of Benin will pray and provide the blessings, make pronouncements and give his admonition.

It was based on this perspective that the Benin monarch, His Royal Majesty, Oba Ewuare II, welcome him to his palace and in his traditional way, prayers are made with kola nuts and hot drinks. Libations were poured and kola nuts should and split and blessings made.

Without any insight as to if Osinbajo took the kola nuts but when it came to the taking of gin, which is supposed to be offered to him after prayers by Chief David Edebiri, the Esogban of Benin for his welfare and possibly for his eventual choice of his party’s Presidential ambition, the Vice President turned down the drink when it was offered to him by raising his hands, with an objection which could be for any reason. Was it because he is a Pastor? Or perhaps, because of his position as a top public official or at best, based on his personal wishes never to take alcohol?

It was learnt that Osinbajo’s behaviour at the palace, was seen as an aberration by a leader who has his work plan cut out for him in the race to succeed President Muhammadu Buhari in 2023.

In Nigeria, protocol demands that a drink cannot be offered to a President or the Vice President a drink, which perhaps make it uncomfortable for Osinbajo to accept the drink in public.

But at the very worst, he can accept the drink and pass it his aide who should in turn accept the blessings and the prayers – the good wishes of Edo people and Benin monarchy by taking the drink.

With the Vice president’s rejecting the drink, could that be an ominous sign? Could it be foretelling? Could he be rejecting blessings. What could happen ahead of APC 2023 Presidential primary election?