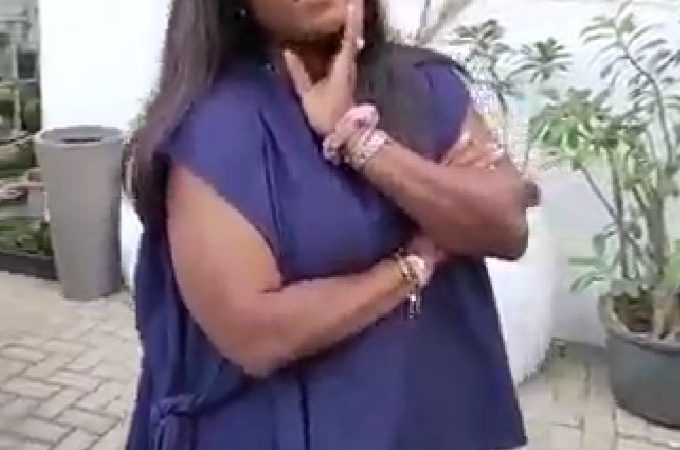 She was among the seven names of commissioner-nominees Governor Godwin Obaseki forwarded to the Edo State House of Assembly for confirmation on Thursday last week, four months after he sworn in 11 Commissioners.

The nominee from Owan East Local Government Area of the State ― daughter of a non-serving Senator Yisa Braimoh, faces possible sanction over the internet sensation caused by the 60 seconds video shot at a private residence.

Some of her critics claimed she had acted shamefully, while others who spoke out strongly, insisted that calls for the withdrawal of her nomination.

Commenting on the viral video, Robert Nehikhare said: “I wouldn’t even know this one can deliver in whatever assignment she would be given when she does not know what we go through here in Edo State”, while Itota Socrates Edosa said: ” This is someone that has never voted in Edo State.

On his part, Oluwazona Enoma said: “It is a pity, so we kept position for her while she was still abroad!!! This Country is something else anyway”.

Similarly, a Facebook user, Enabulele Enabulele said, ” Obaseki nor dey tolerate nonsense”. She might be asked to step aside o. Technocrat no get time for nonsense; while Bright Edward demanded to know “what qualified her for nomination”.

Continuing, the nominee who recently returned from abroad to Edo State after she learnt of her appointment, was dressed in floated purple handless shirt atop a black trouser and pair of canvass and dark glasses said: ‘I will try to learn their language’.

But she was thereafter interjected by a lady believed to be her close friend who said in the video which was shared on Facebook by some concerned residents in the State including a Benin based journalist turned lawyer, Jefferson Uwoghiren who expressed disappointment at Afishetu’s conduct.

The unidentified lady said: ‘We are behind you men! We are going to give them some fashion style. I trust you all…I want to try to make sure that you can communicate’ with them.